The Warning Signs of Teen Depression

Lack of motivation? No interest in anything?  Teens are so notoriously moody that sometimes parents wonder if their teens are exhibiting symptoms of depression or... 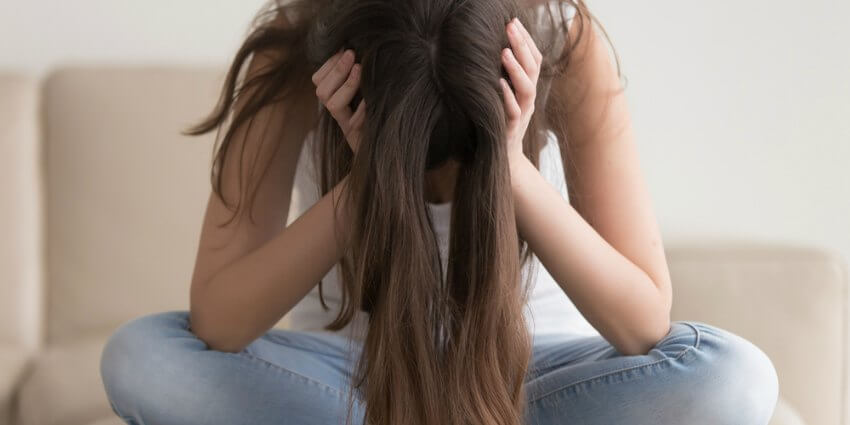 Lack of motivation? No interest in anything?

Teens are so notoriously moody that sometimes parents wonder if their teens are exhibiting symptoms of depression or if it’s something that will pass soon enough.

Teenage moodiness results from many factors. It’s a natural response to real physiological and psychological changes that teens are experiencing. One factor is that teens’ brains are changing during this developmental stage. According to a study conducted by Jay Giedd of the National Institute of Mental Health, teens experience what is called “brain pruning” during their adolescent years. During this process, teens lose about 1% of their

During this process, teens lose about 1% of their grey matter yearly in order to trim down the overproduction that happened during childhood (where more grey matter is needed in order to cope with the need to learn the language and improve spatial awareness and motor control).

According to studies, the last part of an adolescent brain to mature is the frontal lobe where the amygdala is found. This part of the brain is responsible for impulse control and regulating flight or fight response. It is because of this delayed development that teens may sometimes be moody, short-tempered, and impulsive.

Teen depression is different from a bad mood and melancholy in that it impacts all aspects of a teen’s life. If left untreated, teens can get into serious trouble at home and in school and may even result in the grave tragedy such as suicide or extreme violence against others. While typical teen moodiness comes and goes, teen depression causes overwhelming sadness and a sense of despair and anger.

Most of the symptoms of teen depression are similar to mood swings and teen angst, except that they seem to go on for a longer period of time, are more severe, and affect their life at home and outside it. Depressed teens often feel sad and hopeless. Some feel restless and agitated, and some feel like they are drained of all energy.

They often battle with lethargy and lose interest in the activities that they used to love doing with their friends. They withdraw from their social circles at school and make excuses to avoid interacting with family members. In cases of severe depression, they may even show symptoms of suicidal tendencies. Even if depression is a psychological condition, at times it manifests physiologically. Depressed teens often complain of aches and pains which cannot be explained.

The symptoms of clinical depression can be seen in emotional, behavioral and physical changes. These include sleep disturbances (oversleeping or difficulties sleeping), fatigue, unexplained physical aches and pains, loss of interest in appearance, loss of interest in usual daily activities, persistent bad mood (often times lasting for weeks), crying without any apparent reason, feelings of helplessness and worthlessness, and others.

There are three prevalent types of depression based on severity:

If a teen shows a noticeable change in their behavior or appearance for more than two weeks, it’s probably time to consider the possibility that he/she is depressed. The effects of teen depression vary depending on how teens choose to act out. At times, depression results to problems at school, drug and alcohol abuse, violence towards other people or towards one’s self, and other reckless behavior.

Depressed teens will often initially resist help from their parents or other adults. It’s dangerous to wait until the depression lifts because there’s no telling how this condition can wreak havoc in a teen’s life if left untreated. It’s advisable to consult with your family physician in order to undergo depression screening and to also rule out the possibility of coexisting disorders.

There are some disorders that usually surfaces during one’s teenage years, or there may be an existing disorder that previously went unnoticed until hormonal and emotional changes during adolescence aggravated the symptoms (such as undiagnosed ADD).

Caution Against Antidepressant Use

While some forms of depression can be managed by taking antidepressants, a lot of researchers will concede that studies are still being conducted on how antidepressants can affect the brains of teens since they’re still in their developmental stages. It would be advisable to see if a different route is possible, such as individual and family therapy, or even sending your teen to a therapeutic boarding school so that they will be closely monitored while receiving therapy and counseling.

Should parents choose to go through with using antidepressants, teens should be monitored at least once a week during the first month. Teens should also be closely monitored for red flags that indicate a need to change dosages or change medication such as panic attacks, hypomania, suicidal tendencies, and other unusual changes in their behavior.