One of the most frightening behaviors that a parent can observe in their teenage son or daughter is the deliberate slashing of their skin with razors, knives or other sharp... 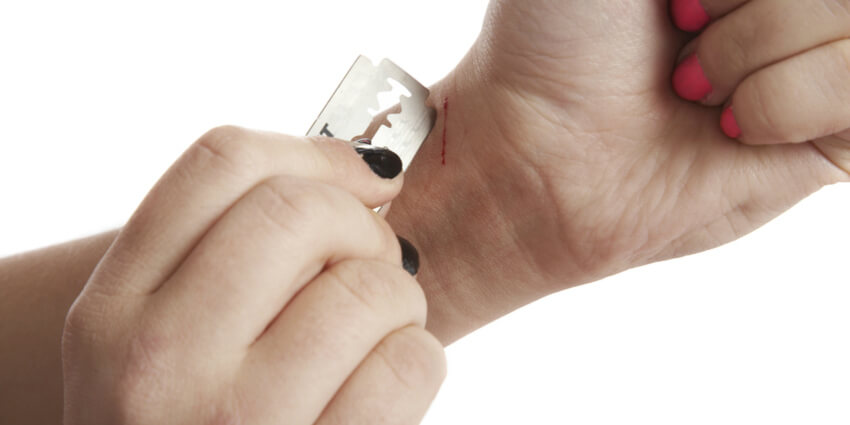 One of the most frightening behaviors that a parent can observe in their teenage son or daughter is the deliberate slashing of their skin with razors, knives or other sharp objects. Known as "cutting," this is seen frequently in therapy for troubled teens. Young adults cut themselves because they are sad or depressed. They might not even know why they are doing it, but over time they can even become addicted to the process of cutting themselves and not be able to stop doing it.

Teens who cut themselves (more commonly girls but not limited by gender) do so because they are feeling depressed, upset or in other intense emotional pain but lack the ability to adequately express their feelings or cope with them. Cutting becomes a physical way to express their inward emotions and over time can become a compulsive behavior; teens at youth treatment centers throughout the country are dealing with the obsession to cut themselves as a way to relieve their inner emotional pain.

Studies show that up to three million people each year self-injure themselves. That's a staggering amount, considering the immense physical and emotional harm they are doing to themselves through cutting and other forms of self-injury. Other forms of self-inflicted harm include pulling out hair, punching yourself, intentionally breaking bones and burning your own body with cigarettes or other objects. Because of the underlying mental health problems that come with self-mutilation, teens who self-injure are also more likely to have the types of serious drug or alcohol problems that are found in teen rehab centers.

If you are a teenager or a parent of a teen who has turned to cutting to find comfort or relief from emotional pain, it's important to seek help before the situation becomes critical. Residential treatment facilities can help teens deal with their emotional distress and help them discover ways to cope with the types of stressors that cause them to cut in the first place. For many teens that cut, admitting that they have a problem is the hardest step in the process, but it's one that can lead to getting the help they need to live healthy and productive lives.